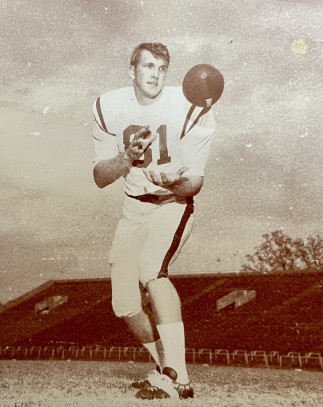 Our founder, Rocky Fleming, was a successful athlete in college at Ole Miss, and he became a successful businessman. However, deep in his heart, he had a desire to make a difference for God in the world by helping other men in their Christian walk. In one season, he left the business world to pursue full-time ministry. He used a popular discipleship program and worked with many men in the marketplace and in churches. Over time, he felt like something was missing. One of his mentors advised him to go back to the marketplace and become an “influencer” for Christ there.

He ended up in Northwest Arkansas, home of Walmart, Tyson Foods and JB Hunt and many other Fortune 500 companies who serve these companies. In the midst of finding his place in being a Godly businessman who influences others, he also had to deal with many personal and health challenges. All of this was building immense pressure and driving him to his knees. It was out of his own, desperate search for God’s answers that God breathed John 15 into his spirit. “If you abide in Me,” Jesus said, “you will bear fruit. Apart from Me you can do nothing.” 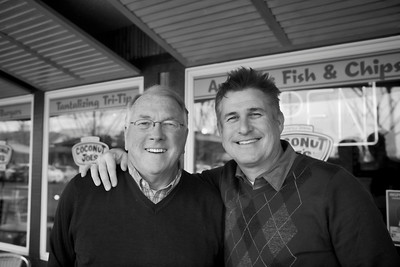 These words captivated him but also challenged him. For the first time, he began to realize that the answer was not in more programs or performing for God. The answer was in Abiding. In 2001, he asked 7 other Christian businessmen if they would go with him on a “journey”. It was a journey, a quest, to learn what it meant to abide in Christ. He said, “I’ll help you go there, if you help me.” In an honest, heartfelt season of searching for intimacy with Christ, God downloaded some specific steps and by the end of it, the men realized that something very special had just been given to them by God. They saw the “fruit of transformation” in their lives, and they said their lives would never be the same.

These men encouraged Rocky to type up his notes and the structure that had been given, for they knew many other Christian men needed what they just experienced. Thus, “The Journey” process was officially birthed. These men’s Journey groups began multiplying all over Northwest Arkansas, as men who went through it gave it away to others. Then, through a series of connections and invitations by God, The Journey spread to Southern California, then to Tulsa, to Memphis and beyond. In 2020, people in 240 cities around the U.S. went through Journey Groups.

They also realized The Journey was not just for men. Women, who were married to Journey men, saw the transformation in their husbands, and they wanted to go through The Journey. So, women’s Journey groups began to form, and they saw the same types of results as the men. It changed their walk from “religion” to a real “relationship. Some of these women joined their husbands as Couples Journey Groups formed. 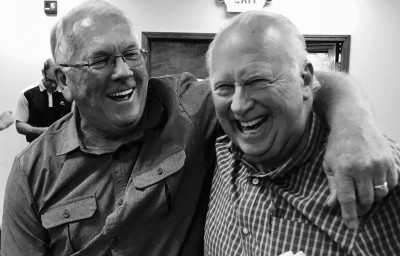 Also, all of these Journey participants went to church somewhere so it wasn’t long before pastors and churches began to inquire about this life-changing process. One of our Influencers had a heart for prison ministry, so he introduced The Journey in prisons. Within a few years, inmates were leading other inmates in the process. We also found that believers from all over the world are hungering for the same intimacy with Christ we have found. So, The Journey has been translated into Spanish, Arabic, French and Portuguese, and we are reaching Latin America, Egypt, Brazil, and many other countries in Africa.

It has been an amazing first 20 years of being a part of the Lord’s work to make disciples using his process, we call The Journey. We feel God is not finished yet, and we feel He is calling His Church back to himself. The Journey was his idea, for He desires an intimate relationship with us. We are so excited to see where God invites us next.

Listen to a Podcast with Rocky Fleming about the Beginning of Influencers: