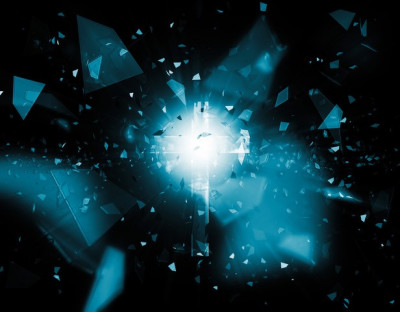 Then some of the itinerant Jewish exorcists undertook to invoke the name of the Lord Jesus over those who had evil spirits, saying, “I adjure you by the Jesus whom Paul proclaims.” Seven sons of a Jewish high priest named Sceva were doing this. But the evil spirit answered them, “Jesus I know, and Paul I recognize, but who are you?” And the man in whom was the evil spirit leaped on them, mastered all of them and overpowered them, so that they fled out of that house naked and wounded. Acts 19:13-16 (ESV)

I hate to laugh, but maybe I do a little bit.  Can you imagine the scene with these proud Jewish men were jumped on and beaten by one man and his demons to the point that they lost their clothes and had to run out into the streets naked?  I’m sorry.  But I have to laugh as I imagine that scene.  However, I laugh for another reason than the chaotic sight.  I laugh for it teaches us about the power of evil and how evil is more powerful than the authority of man.  But this evil can be overcome by the authority of Jesus’ name, by people who have been given that authority.  Those who don’t have His authority to use His name need to understand that his name is not to be used to sell a product or create celebrity, or else they too may invite some unwelcome guests into their life.

It’s not just about throwing Jesus’ name around and think a miracle will happen.  It’s not just about throwing His name over a subject such as gossip and think we can feel good about our piety when it is rotten sin.  It’s not just about getting a “Jesus Endorsement” on our business by putting His name on it, whether it is a cross, a fish or an ichthus.  Please note that those Jewish men were not believers.  They were salesmen.  They were confident men looking for a new schtick (gimmick) and they thought they had found it by using Jesus’ name for selfish reasons.  I’m pretty sure that they got the point from God and either they used that encounter to find what they were missing in the person of Jesus, or they ran as far from it as they could.  Do we get the point?

Through the years I’ve heard Jesus’ name be used as a curse, a joke, a derogatory term, and outright blatant blasphemy.  I feel a deep sense of remorse that the most precious name in the world has been thrown around as if it has no meaning to followers of Christ, or to His Spirit.  For that reason, I feel a degree of comfort to know that one day all people, including some I think of who have lied, cheated, stolen and cursed Jesus’ name will face Him and then they will know the truth of how He feels about it.  However, when that day comes it will be too late to repent and their sins be wiped away.  That will be the day of consequence.

I’m sure each of you can identify someone who falls in a category of blaspheming the name of Jesus.  We often look at someone else, but do we look at our self?  Have we ever used His name casually or irreverently?  Have we ever manipulated someone with it?  Have we ever declared that we’ve heard an unmistakable word from God meant  for someone, but we in fact never heard God’s voice?   This is where we can become a dangerous voice to influence someone’s life with a message that did not truly come from God, and that could be disastrous for a lot of people including ourselves.  Why is this so important?  It is important for the stakes are high.  It is important, for it is time that God’s children who have truly been given His authority over evil to now use this authority.  I believe the “Laborers or Workers” that Jesus told us to pray for are indeed people who have been given His authority to overcome evil, as mentioned in Luke 9:1.

“And he called the twelve together and gave them power and authority over all demons and to cure diseases,” Luke 9:1 (ESV)

The point is God does give His disciples authority over evil if evil has no authority over us.  The seven Jewish men in the scripture above were still under the authority of evil.  That is why they foolishly tried to use Jesus’ name to make money and make themselves famous, only to be found out and removed.  I feel the Lord would not want His disciples to be timid with using His name.  I feel that it is powerful, and it is the name above all names.  His name can change things and it will send demons packing.  But I do feel that He wants us to come close to Him and abide with Him so that we can receive His authority and wisdom to use His name.  You see that is where authority is transferred to us.  Just like those disciples who lived close to Him, even in His presence, when we live in His presence, we too will be given the authority that He gave to them.  Then we can call on His name, and He will come.