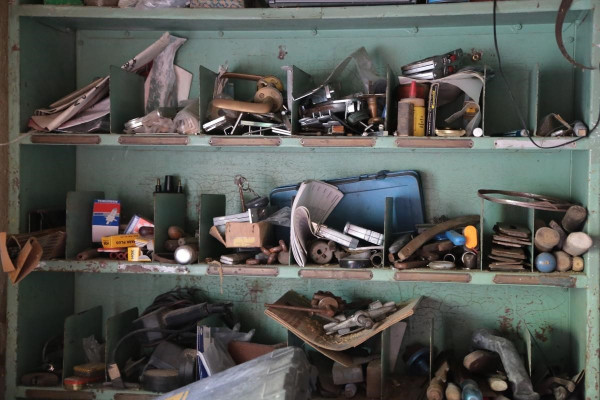 I think it is important to look at Jesus’s words about the religious leaders of His day and what He was saying about them.  But we should ask ourselves, “Is He also saying this to me today?”  Let’s take a look at it with that in mind.

It seems almost amazing that the religious scholars of the day were so adversarial toward Jesus, their promised Messiah, for He fulfilled all the prophecies they studied.  In fact, starting with Jesus’ birth the prophesies pointed to Bethlehem as His birthplace, and His life and miracles continued to fulfill the prophesies to His death and resurrection, and beyond.   They were simply blind and deaf to it.  Was Jesus perhaps pointing to these religious leaders as examples of unfaithful shepherds who were blind hypocrites trying the lead the blind using their lives as examples of right behavior?  Jesus called these teachers of the law and Pharisees, hypocrites that look like whitewashed tombs, which look beautiful on the outside but on the inside are full of dead men's bones and everything unclean.  I would think they would clearly understand what He thought of them, and why they became His enemy.  But what caused these guys to stray so far off course, for they were very serious about understanding their doctrines?  What were they missing, for I’m sure they thought they were following a right path, a path of tradition and holiness?

Before we look for that answer I would suggest that the same thing can happen to Christians today if we worship our traditions and fight like crazy to keep our comfortable ways of doing things instead of following a new work of God.  I think Jesus would have the same perspective about some of the religious clutter we surround ourselves with and call inspired by God.  I think He would see it much in the same way that He saw it with the religious leaders of His day and showed His disdain for it.  I think He would tell us that He is not impressed with our religiosity and empty show of love and worship.  That’s the bad news.  But with Jesus there is always an option to return to Him, even the old Pharisees if they had listened to what he said and repented.  What would be required?  If we will look closely in the passage, we will see the heart of the problem … which is the heart.

Two times Jesus mentions the “heart.”  He references the religious leaders lack of understanding, due to the fact that their hearts had grown dull.  He mentions the heart again as the means to turn people back to Him, where they could understand the deep mysteries of God.  The heart was the issue with the Pharisees and Teachers of the Law.  Their hearts had grown dull and they could not see their very own Messiah who came to them.  Though He spoke and showed them many signs, it could not be believed at the heart level, and they missed Him and Heaven that He offered to them.  Jesus mentioned that if they listened and understood with their hearts, and turned from their ways, then he would have healed them.  But they did not. Their hearts were dull.

What is a dull heart, or a better question is what produces a spiritually dull heart?  I think it is a lack of concern, a lack of passion, a lack of life.  It is produced in monotony and the overload of information that no longer matters to the person.  Somewhere along the way the person began to not care.  They only want to protect their turf or their position or their way of life.  It is a spiritual rut that is without relationship with Jesus, and only knowledge about Him.  Can’t you see this in the religious people that Jesus was speaking of?  Isn’t it easy to spot?  They had no concern for the people they were commissioned by God to shepherd.  They only wanted to protect their jobs and their way of life.  The only problem is they had to face Jesus and the travesty that they had inflicted on their followers.  An accountability was in store for them, as surely as it is for those of us who are called by His name and forget our mission, His mission, to a lost and hurting world, because we have no heart for them.

What must we do, if our heart is dull?  We must find it again if we’ve lost it, or we should discover it as it should have been all along.  We must quit serving religion and a religious idea of Jesus Christ, and really get to know Him personally and relationally.  Then we will find our heart.  Then we will see and understand those things we’ve been missing.  Then we will be awakened and be shown things by Him that will nurture our heart as nothing else can.  And then … with this new heart … we will be used to help others find their heart.  That is what a disciple does.  We find our heart for Jesus, and then we help others find their way to Him, and then find their heart.   That’s our mission.