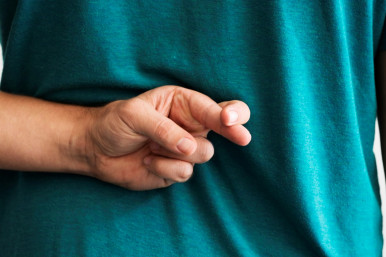 Now when Simon saw that the Spirit was given through the laying on of the apostles' hands, he offered them money, saying, “Give me this power also, so that anyone on whom I lay my hands may receive the Holy Spirit.” But Peter said to him, “May your silver perish with you, because you thought you could obtain the gift of God with money! You have neither part nor lot in this matter, for your heart is not right before God.  Acts 8:18-21

I’ve been studying the Book of Acts and see a great work of the Spirit that happened in the early roll-out of The Church.  There were things done then that have not been repeated.  That is not to say that some things in some places happen that look a lot like the early days of The Church.  Personally, I’d like to see things like it happen again in this day and time, and especially in this country.  Perhaps it will if we go back to simplicity and purity in our faith in Jesus Christ and invite the work of His Spirit through our life?  I believe this could be done for believers if we press on to an intimate, abiding relationship with Him and yield to His leadership.  I believe we will see mighty works through our life, and our world greatly needs it.  However, please do not pass over what I said about the simplicity and purity of our faith, for Simon the Magician reveals to us that there are some people who profess Christ, identify themselves as believers, and may even be church attenders or part of various ministries but still miss the boat.  What can we learn from Simon the Magician?

First thing, he was a Samarian, and he practiced his magic act around that area.  You could say he was well-known and had amazed a bunch of folks as magicians can do, if they are good at it.  It is reported in Acts that Philip went into Samaria and preached the Gospel there.  He performed many signs and wonders and many people who saw these things and heard the Gospel preached to them believed in Christ and were baptized, including Simon the Magician.  But something must have been missing in their belief.  Did they really understand the truth of the Gospel and the work of the Spirit in their life?  Apparently not, for Peter and John were dispatched from Jerusalem to lay hands on them to receive the Holy Spirit.  So, let’s talk about this, for there must be some questions going on within you.

Some would argue that this is evidence of a second baptism and believe that it doesn’t happen when we first ask Jesus into our hearts but at a later time.  I believe it happens at the same time a true believer repents and is saved.  The Holy Spirit enters into our life at that point and we will be sanctified and watched over by Him from that point on.  We will be getting to know Him better from that beginning, and He will be nurturing our relationship with Him, provided we yield to Him and follow His written word.  This is the continuous work of the Holy Spirit that I see in true followers of Jesus Christ.  But sadly, not all who simply identify with Him, such as Simon the Magician, are true believers.

Simon was a businessman with a hidden agenda.  He was not a true believer.  He was in it for another reason.  He undoubtedly wanted to network his business and expand it into this new Christian movement in Samaria.  That is why he offered to buy the Spirit so he could use it in his work.  He thought it was another form of magic and he wanted to get in on it.  Peter sniffed out Simon’s hidden agenda and that is why he told Simon his heart was not right with God.  What can we learn from this?  Here’s what I thought of.

The population of the world is about 7.8 billion people.  There are 2.5 billion that identify as Christians.  The population of the USA is about 328.2 million people and about 205 million people in this country identify themselves as Christians.  Sounds like a lot of people, doesn’t it? One would think that with such numbers we would not see the erosion of Christian values, the closing of churches, and many other contrary issues that challenge our faith in this country.  Based on the numbers we should be able to overwhelm the godless voices and leadership that takes our country into their dark place.  And yet, we see a decline every year in this country of those who identify themselves as Christians, while an increase in identification of atheist, agnostic, and nothing-in- particular grows.  This seems so bad and distressing.  We might think God is wringing His hands over it.  But is He?  I don’t think so.  I think it is being revealed that there are many who identify with Christ but do not know Him, and worst, He does not know them.

Peter told Simon the Magician to repent and get his heart right with God.  His hidden agenda to be a joiner and be part of something for selfish purposes is seen by God as a hindrance to really knowing Him and His mighty works.  I think this message should go out to all Christians.  Are we really committed to Christ, or do we simply want affiliation for other reasons?  Is our membership in our church for being part of making disciples, or is it just another form of a social club to us, or a place to network for our business or other agendas?  Is it a choice that has been made for us to identify as a believer of Christ, but we do not really believe in Him?  Do we think faith is inherited, or passed on to another generation without a choice for us to make to follow Him?  Do we really believe in Christ, and love Him?  Do we have a relationship with Him or only an idea about Him?  I will say this.  The truth will be revealed when pressure comes into our life that shakes us and forces us to make a decision whether we are a follower of Christ, or we are not.

Dear friends.  The shaking is coming, and out of this shaking God’s children will step up and reveal what they truly believe about Him.  I believe there will be many pretenders that will fall away, and they should go, or repent and be saved.  But the true sons and daughters of God will be revealed and there will be power on them and an anointing on them that prepares for our King’s return.  I believe it will be an awakening as we’ve never seen before, and I want to be part of it.  Will you be in that number?

“For I consider that the sufferings of this present time are not worth comparing with the glory that is to be revealed to us. For the creation waits with eager longing for the revealing of the sons of God.”  Romans 8:18-19 (ESV)