The Cost by Rocky Fleming 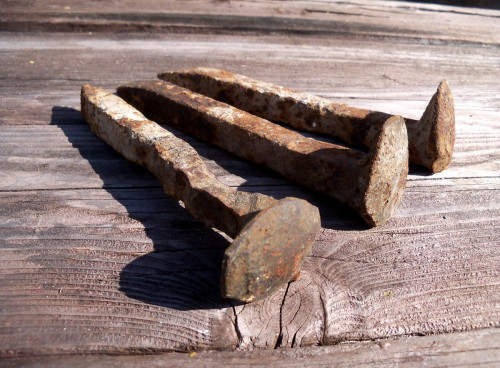 As a former athlete I personally never had a coach of mine tell me that what I was about to undertake in my competition would be easy.  In fact, I was told it would be hard, real hard, and it would demand my complete commitment.   They did not mince words, and I grew up with that kind of unconcealed honesty about a difficult challenge.  As a college graduate with a new bride, I wish I was told how hard and challenging my life would be as a provider and husband and dad.  It would have not changed my decision to marry Sallie and take on my responsibilities.  But it would have better prepared me for what I would be facing.  As a businessman for 35 years in the field I settled in, I wish I was told how hard it would be.  On the contrary I was given a rosy view of the potential, but never the truth that few succeed in my field of work.  Was there good that still came out of it?  You bet there was, and it prepared me for better things outside my profession, such as what I’m doing now.  Even so, it would have been good to know the truth about how hard it would be.

As I’ve grown up, so to speak, I’ve learned to embrace the reality that life is hard with seasons of good.  If I did not come to see it this way, I would have become cynical.  I’ve observed with cynical people that the root of their cynicism is a belief that life is unfair to them, and experience teaches them to be generally distrustful and negative.  The truth is life is unfair to everyone at some point, and if not, that person hasn’t lived long enough.  However, most of us begin, and maybe stay, with an illusion that life should be ideal and if it is not, then we think that life is unfair.  We see others and what they have, and our envy tells us that our life is unfair because they have a better life, or so we think.

Why do I say these obvious, or maybe not so obvious things?  It is because I’m not going to mince words as I share with you the cost to be a true disciple of Christ.  What is this frightening truth?  It is this. To be a true disciple of Christ will cost us everything.  It will require a personal consecration of our life to Him to become a “living sacrifice” for His purpose, as Paul describes it in Romans 12:1.  That is the cost of discipleship.  But the benefit is worth it.

If you are still reading this, and I’m sure some have checked out by the “cost everything” statement, bear with me a little while so I can share some theology that backs up my statement, and as well, some personal experience that has shown me that it was the best decision of my life to turn my life over to Christ for His purposes.  So, here’s the first bit of theology.

Then he said to them all: “Whoever wants to be my disciple must deny themselves and take up their cross daily and follow me.”  (Luke 9:23 NIV)

Some people confuse a new convert to Christianity with being a disciple already, and they might challenge me and say that Christ gave His life for that person, and He paid the complete cost of his or her redemption on the cross.  Therefore, they are a disciple.  Everything about their summation would be true about a new convert.  But we are discussing the discipleship of a convert not his or her entry into God’s family.  The complete cost of our salvation is paid by Christ and given to us by the grace of God.  Any other opinion that would say that we somehow played a part in our own salvation other than our faith, would be legalism.  So, what’s the difference?  A new Christian confesses His faith in Christ and is adopted into God’s family.  But a disciple is a believer who is committed to love and obey Christ and seeks to know Him better as we live our life.  A disciple must learn from his or her teacher.  Jesus also said this:

“Go therefore and make disciples of all nations, baptizing them in the name of the Father and of the Son and of the Holy Spirit, teaching them to observe all that I have commanded you. And behold, I am with you always, to the end of the age.” (Matthew 28:19-20 ESV)

Note that Jesus told His disciples to teach what they were taught by Him.  They were with Him three years before He gave this commandment to them.  They had to be learners to be discipled by their teacher Jesus.  They had to seek, to listen, to yield and learn.  But they also had to make a decision if they would give over their rights to themselves for Him to be Lord of their life.  That was the point being made in Luke 9:23.

What did Jesus mean by “taking up their cross daily?”  What did it mean to Him, for He had to take up His cross for you and me?  It meant that he had a purpose and mission in His life, which required that He died on that cross.  I find it interesting that He used the cross analogy as a figure of speech before it became a life and death reality to Him.  He knew what it would mean to Him when He said it, and He knew what He was saying to us in the Luke passage about our own cross.  As a disciple of Christ, we must see our life, mission and purpose by being identified with the cross of Jesus as it being our own as well.  This is what I believe He meant when He told us the cost of being His disciple.

Our cross means to daily die to self, and to release our rights to our self to Christ for His purpose and His leadership.  A disciple of Christ is always seeking and finding God’s leadership for living our lives.  It is about Him and not me.

In summary I’ll connect the dots.  Here they are:

The bottom line.  To be a disciple of Christ requires that we must abide with Him as He abides in us, and in doing this we learn from Him.  Then we fulfill the purpose of a disciple, which is to show others the way to Him.