The Man in the Arena by Rocky Fleming 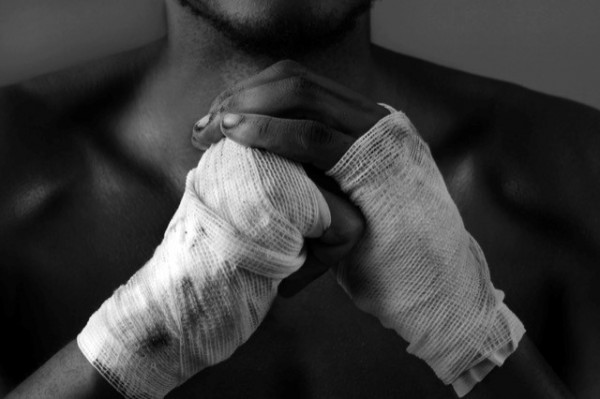 "It is not the critic who counts; not the man who points out how the strong man stumbles, or where the doer of deeds could have done them better. The credit belongs to the man who is actually in the arena, whose face is marred by dust and sweat and blood; who strives valiantly; who errs, who comes short again and again, because there is no effort without error and shortcoming; but who does actually strive to do the deeds; who knows great enthusiasms, the great devotions; who spends himself in a worthy cause; who at the best knows in the end the triumph of high achievement, and who at the worst, if he fails, at least fails while daring greatly, so that his place shall never be with those cold and timid souls who neither know victory nor defeat." President Theodore Roosevelt – April 23, 1910

Former President Teddy Roosevelt spoke these words to 900 students and 2000 additional ticket holders at Sorbonne University in Paris.  His speech would become known as The Man in the Arena.  I think this message could also be spoken about the brave men and women who throughout the last two thousand years have been true disciples of Jesus Christ.  Roosevelt speaks of selfless acts of courage and perseverance.  As I try to study and embrace what it means to be a disciple of Christ, the clear and sober realization of a life dedicated to a grander purpose, and with deferred gratification to be enjoyed later, stand outs as qualifiers for the type of disciple Jesus spoke of.  Jesus Himself spoke of a road less traveled, when He spoke of the cost of being His disciple.  The cost is not what we give up in this life, for if you haven’t come to conclude it, you will eventually, that our mortal lives and all that goes with it is overrated.  It is a series of ups and downs, good and bad, happiness and sorrow that constantly ebbs and flows in our life.  When we try and hold on to this life, we try to hold something that we cannot control or something that will eventually break our heart with sadness or disappointment.  It is the sad reality of the world we live in.  I believe Jesus is saying to me that I only give up the illusion of what may be, to gain that which cannot be lost or matched in following Him as His disciple.

The cost Jesus spoke of to be His disciple is not what we lose in this life but rather what we do not gain for Heaven, and how we lose our part in a greater cause.  To live through the ups and downs of life, but to stay focused on His Lordship and our purpose for Him, is the greatest expression of what it means to be Christ’s disciple.  It is getting up every day with a new commitment to embrace my circumstances whatever they may be and try to gain glory for Jesus though them.  It is to faithfully serve when there is no applause or recognition except by Him that shows what a true commitment to being His discipleship looks like.  It is the persevering trial to not give up but to pick myself up with His help, and to take one more step, or do one more selfless act even though my body and emotions battle against me.  This is the road to the Kingdom’s heart … to the heart of Jesus … and it is a battle.  But is a battle worth our efforts to stay the course and win.

As we enter another year, we tend toward making promises to our self about things we want to do different this next year, things we can change.  The problem is either with maintaining the discipline to stay the course with our new resolutions, or having circumstances interrupt them and becoming discouraged.  The truth is we cannot foresee those things that could get in the way down the road.  But it doesn’t have to be that way with Christ’s disciple, for a change in circumstances, whether they are good or bad, simply presents a new part of our journey that Jesus is Lord of.  Now we may not like it or feel that it helps our purpose with serving Him.  But they do not interrupt our Sovereign God’s plan for us.  In fact, in some way they play into His plans.  What do we do when this happens?  We go back to our decision to trust Him in all circumstances.  We go back to our purpose connecting with His purpose, and trust that this part of our journey that we must navigate leads somewhere that He has in mind.  It leads to the greater purpose that Jesus invites us to.

I feel that Roosevelt spoke to people in 1910 who embraced and celebrated the words honor, duty, nobility, and purpose as worthy aspirations.  They were not counterculture to the ideals that they strived for then.  In fact, they were the ideals.  In this day and time those ideals have become counter to the ruthless culture that seems to be developing around us.  Those ideals then are sneered at.  They are cast as wrong ambitions.  Why wouldn’t they, for we are living in an upside-down world where good and right are being taught as wrong, and evil and wrong are being taught as right.  Little wonder that we see runaway crime in certain areas, violence in all areas of the country, and law-abiding citizens being forced to take a back seat with justice over the criminals who victimize them.  But does that change things for Christ’s disciple?  No, I don’t think so.  I think it makes the witness of true disciples more profound, for we stand in stark contrast to the evil world that we live in, when we live as a disciple of Christ should.

As we enter still another year of Covid-19 issues that has now turned to “Covid-22,” we face a political environment that is hostile toward other parties and their followers.  I can’t see that changing anytime soon.  I can’t see self-declared “in-country” enemies living with human decency with each other as a rule rather than the exception.  I think we are in for a tough ride with the economy, with flashpoint political issues, with international relationships, and the safety of this country from those who wish to do us harm.  The fact is I see more destruction occurring in this country by criminals who rule their cities than outside sources that wish to hurt us.  The enemy is now within our border.  But I still see courageous men and women who are entering the arena when they are called on.  I see true disciples of Christ making a difference in their homes, communities, churches and schools, as they distribute the hope that Jesus brings.  Though I feel concern for my nation, I feel that God’s family is being raised up and we will see many men and women who step up and show the world they live in the hope people long for.  These courageous men and women will step into the arena, as Roosevelt described it, and they will point willing hearts to that which desperate people need.  They will bring the Good News, and it will be welcomed.  But my question to you is …

“ARE YOU READY TO STEP INTO THE ARENA?”