The Soil of Your Journey Group by Bryan Craig 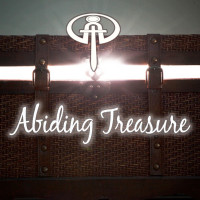 That same day Jesus went out of the house and sat beside the sea.  And great crowds gathered about him, so that he got into a boat and sat down. And the whole crowd stood on the beach. And he told them many things in parables, saying: “A sower went out to sow. And as he sowed, some seeds fell along the path, and the birds came and devoured them.  Other seeds fell on rocky ground, where they did not have much soil, and immediately they sprang up, since they had no depth of soil, but when the sun rose they were scorched. And since they had no root, they withered away. Other seeds fell among thorns, and the thorns grew up and choked them. Other seeds fell on good soil and produced grain, some a hundredfold, some sixty, some thirty. He who has ears, let him hear.”  Matthew 13:1-9

As we go about making disciples, we, like Jesus’s disciples, need to understand the condition of people’s soils, which I have heard referred to as different heart conditions.

Soil #1- Some people have no spiritual depth or eyes to see the Kingdom of God.  Whatever good seed is thrown their way does not penetrate their hearts and is quickly snatched away.

Soil #2- Some people have some faith and desire to receive the things of God.  They may even exhibit initial excitement, but once any kind of trials come, they quickly go back to the things of the world or their old ways.

Soil #3- These people have removed many of the hindrances to following God, and have room in their hearts for God.  But they still have some entanglements with the world that choke out what God is trying to do.  Jesus makes no bones about it.  It has to do with money.  People want to have their cake and eat it too.  They want worldly wealth and pleasures and comforts AND to be a disciple.  Too often, these become competing pursuits and the world wins out.

Soil #4- These people have been disciplined, pruned, maybe even sifted.  Hindrances, and roots of bitterness and worldly desires have been removed from their hearts, so that when God’s Word and His Kingdom comes into their hearts, it is rich, fertile soil.  God can really use people like this.

I’ve seen this exhibited in the 17 Journey Groups I’ve led.  This is not me being judgmental, but this is a word to Journey Guides to understand what is going on with their participants, so they will know better how to pray for them.  Also, they need to have grace and understand that Jesus told us we would encounter this.

As you pray about who to invite into your Journey group, oftentimes you will find that some people are not ready.  These are people you care about and you want it so bad for them, to the point that you may try to persuade them to join.  They may do it to please you, but unfortunately, many of these people never join or drop out.  Don’t be discouraged…just start praying for them daily.  God will continue to pursue them.

Many people join a Journey group with great enthusiasm.  They begin to read God’s Word and journal and immediately, they find joy.  However, so many people have “rocks” in the soil of their hearts.  These could be in the form of unconfessed sin that they don’t want to release.  It could be hindrances like pride, fear, doubt, anger or an orphan spirit of inadequacy.  Inevitably, trials will come during the Journey season which will begin to expose these “rocks”.  They will reach a crossroads of whether they press into what God is revealing or drop out of the group.  They may need your encouragement and prayers to hold them up during this time.

Some in a Journey group have removed many of their “rocks” and they have much more fertile soil in which God wants to work.  They have lots of desire and faith to go deeper.  God’s Word is received with great enthusiasm and these participants are growing and bearing much fruit.  However, a crucible remains.  Will they trust God with everything, including their money?  This seems to be a great test for most I’ve seen.  Our concern for our provision and living in a world driven by material success can stall out many on their journey toward intimacy with Christ.  It can prevent them from finding the true “abundance” that Jesus promises for those who abide.

Lastly, I’ve seen many who become great disciples who go forward and make disciples.  Oftentimes, you get to be an eyewitness to their heart surgery during The Journey.  You see them removing the rocks that are ruining their soil.  You see them allowing the Gardener to dig out the roots of the world as they totally surrender to Him.  You see a beautiful transformation unfold as these participants become true “abiders” who are bearing great fruit and who are now on a lifelong mission to serve their King.  These are the type who long to help others on their journeys and gladly sign up to become Guides.  These are the ones who are truly free.  They have an abiding faith which will last, no matter the trials, persecutions or setbacks.  They have been crucified in Christ and they no longer live, but Christ lives through them.

Lord Jesus, thank You for the lesson about the soils of the heart and that we are not responsible for changing hearts.  That is Your job.  But I pray we would guard our own hearts and minds so we don’t grow discouraged as we long to help others.  Help us have spiritual eyes to see what’s going on in the people we seek to help so we will know how to pray for them.  Give us supernatural wisdom in how to help and what to say.  Thank You that you are setting people free and transforming their hearts into fertile gardens that can become beautiful gardens, a planting for Your glory and splendor.  In Your Name, I pray.  Amen.