The Source of Strife by Rocky Fleming 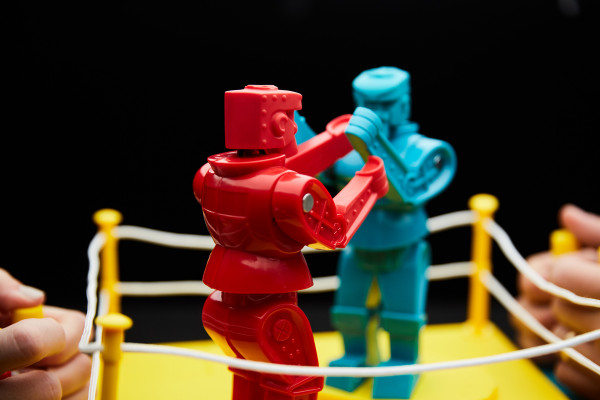 No Honor, Nothing Good, No Excuse

In the last two years I’ve watched escalating criminal behavior be supported by some politicians who will allow their own homeland to be destroyed simply to gain power.  They say that these criminals are just acting out and expressing their displeasure and frustration.  I’ve watched senseless destruction, flash mob robberies, and criminals being given a slap on the wrist for their violence.  I’ve watched deserving immigrants be infiltrated by ruthless thugs and be admitted into our country because politicians are less concerned about safe borders than they are about getting votes.  These particular politicians hide under a disguise of humanitarian efforts while voting rigorously to support abortions of healthy babies.  They seem more concerned about protecting animals and trees and criminals than the law-abiding citizens of this country and the basic right to life.

All in all, this John Q Citizen gives them an A for their misguided and calculated effort to wrestle for power and the lowest F I can give them for destroying this country and its people in the process.  I would say that they will personally have to live with the consequences of their leadership.  But the truth is they do not. Instead, they are put in an elite status that isolates them from the rest of the citizens of this country and their problems, as they hide behind their gated communities, their personal security, their complete healthcare, and a lifetime of benefits because they “served.”  They served alright.  They served their own agenda and made a mess of it for the rest of us.  So, let’s just be honest with what we are dealing with.  But to do this we have to look at the source of these problems.

Last week while in Texas I saw something I’ve seen a lot wherever I go.  I see merchants seeking employees to give them a job.  They have signs in their windows seeking workers.  I’ve now seen restaurants and merchants cutting back on store hours because they have no one that will work.  Why should they, if they can stay home and be given a government handout?  Wasn’t that the leading cause for socialism’s demise in countries that adopted it?  Did it not take away the incentive to work and to get ahead in life for the worker?  What happens when such things as income without work is promoted by politicians?  They get votes.  But they destroy the country they swore to protect.  Can it be seen any other way?  If one would only open their eyes and not be led by the media or the political leaders who have no concern with the outcome of their agenda, they can see it.  Just look around and think about the cause and effect of such poor leadership and the policies that they are making, for the concern is great.

For a while now, when my wife and I see a cop or fireman or military man or woman, we will thank them for their service.  I’ve now gotten to the point that I must look at people who are going to work and thank them for their service as I do the others.  I did so today at Subway as I paid for my sandwich.  How did our society and a country that once thrived under great leadership become so wounded, so quickly?  How did the lawlessness and moral bankruptcy develop in this country by the support of political leaders who swore to uphold the law?  How did racism start being seen as only one sided?  How did the use of racism become the way to fight against racism?  Who would allow this, except those who would benefit from it with votes and power?   How did becoming a racist to fight against racism become acceptable?  Talk about double standard.

Why did this happen?  Where did it come from?  If those are your questions, then you will find it only one way.  We have to go to the source, for the people we hold as objects of contempt and cause us to think that they are the problem are only pawns in this source’s agenda.  So, let’s concentrate on the source of this anger, racism, destruction and violence.  He is behind it all.  His name is Satan.

“You are of your father the devil, and your will is to do your father's desires. He was a murderer from the beginning, and does not stand in the truth, because there is no truth in him. When he lies, he speaks out of his own character, for he is a liar and the father of lies.”  John 8:44 (ESV)

What we are seeing with the violence, the lawlessness, and the social divisions within this country is the result of following a leader who originated it.  Those things personify him.  It is his nature and character.  Jesus called the Pharisees sons of the devil because they were doing the same things he had done before them.  They were following the devil, and he led them to be like him.  Even so, they were only pawns in his schemes.  Likewise, I see the leaders who are promoting the violence and separation in this country are being led by the evil man and our battle is not against the people we think are responsible, but the source that’s stirs them up.  Our mission as disciples of Christ is to set people free from the yoke of bondage that keeps them stirred up.  How does it help to know this and what do we do about it?

“Let no corrupting talk come out of your mouths, but only such as is good for building up, as fits the occasion, that it may give grace to those who hear.  And do not grieve the Holy Spirit of God, by whom you were sealed for the day of redemption.  Let all bitterness and wrath and anger and clamor and slander be put away from you, along with all malice. Be kind to one another, tenderhearted, forgiving one another, as God in Christ forgave you” Ephesians 4: 29-32 (ESV)